Stetzer Electric was founded in 1974, based on the idea that the customer comes first, an ideal that is still upheld today. We take pride in offering services ranging from electric motor repair and rewind, to power quality analysis and the sale of STETZERiZER® Power Line EM Filters.

Stetzer Consulting, LLC is Stetzer Electric’s sister company which handles all aspects of the STETZERiZER® product line from research and development, to field testing, to sales and support. 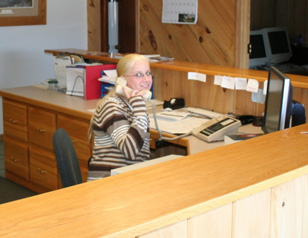 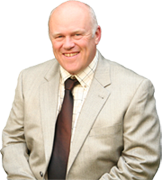 Dave Stetzer has been an electrician by training, education and experience for over 30 years. He joined the United States Air Force in December 1970 and began his career in electricity when he attended electronics school at Keesler Air Force Base in Biloxi Mississippi from February through November 1971. At that time, Keesler AFB was known as the world’s #1 electronics school.

During this training Dave was given top-secret military clearance, as much of the electronic equipment he worked on was, and still remains, highly classified. Dave completed training as a ground radio communications electronics technician and was assigned to the 676 Radar Squadron, Antigo Air Force Station, Antigo, Wisconsin. There he diagnosed and repaired a variety of electronic equipment, including PC boards, Klystron tubes and integrated circuits, as well as highly classified military electronic equipment, employing among other things, spectrum analyzers, oscilloscopes, signal generators, and digital frequency counters.

In February 1972, Dave received an assignment to go to Vietnam and was sent to KY8-38 Crypto School at Lackland Air Force Base in San Antonio, Texas where his top-secret military clearance was upgraded to include crypto access. Upon completion of this training, Dave returned to the 676 Radar Squadron at Antigo Air Force Station pending his November port call to Vietnam; his assignment was subsequently changed due to the official ending of the Vietnam War in September 1972. Dave’s duties continued as before, with the additional tasks of diagnosing, maintaining, and repairing highly classified crypto electronic equipment. Upon completion of his tour of duty, Dave received an honorable discharge from the United States Air Force.

In 1975, Dave founded Stetzer Electric, Inc. and remains the president of the company to this day. Since the firm’s inception, Dave has specialized in power control in industry, municipalities, and motor control centers. For more than the past two decades, Dave has focused his attention on power quality anlysis and troubleshooting, which led to the founding of Stetzer Consulting, LLC and the development of the STETZERiZER (Graham-Stetzer) Filter and Microsurge Meter in conjunction with the late Professor Martin Graham. Dave has been an Institute of Electrical & Electronics Engineers (IEEE) Member since 2000. For his extensive and exemplary work and research Dave was nominated for, and now holds IEEE Senior Member status.

Martin H. Graham, PhD - Professor Emeritus of Electrical Engineering and Computer Sciences at the University of California Berkeley - was instrumental in researching and defining the problem of electrical pollution - what is now colloquially known as "dirty electricity" -  and in developing both the Microsurge Meter as a simple tool for the average person to be able to assess their electrical environment and the STETZERiZER (Graham-Stetzer) Filters to remediate the issue. Professor Graham was an IEEE Fellow member and had over 40 US Patents to his name, including some that made the function and growth of the Internet possible.